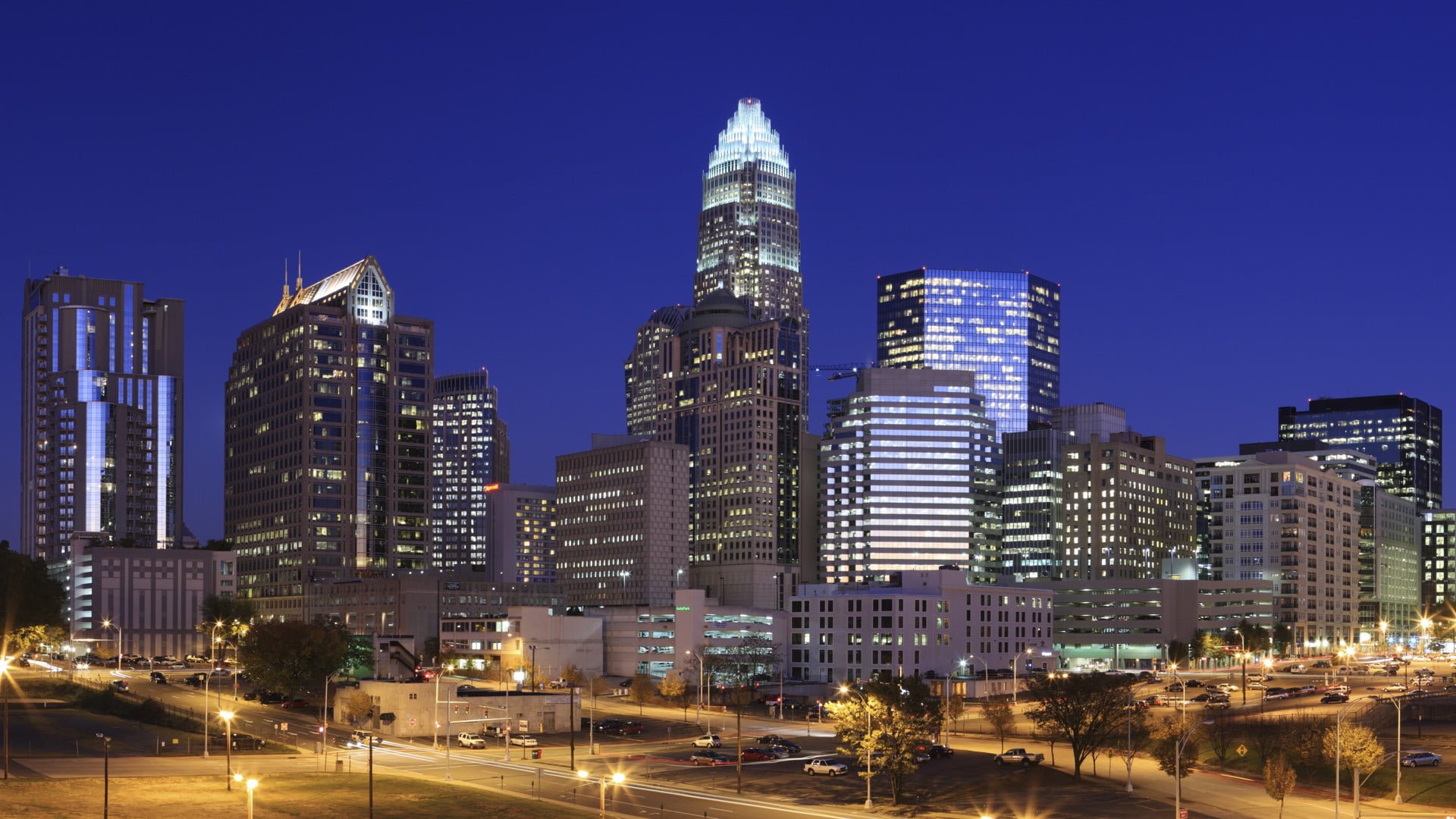 Charlotte North Carolina, now the 25th largest city in the United States, was chartered in 1768 and named after Charlotte of Mecklenburg, wife of King George III. The settlers’ affection for the Crown quickly changed, and the first Declaration of Independence signed in the colonies was signed here on May 31, 1775. British Gen. Cornwallis called the city “a hornet’s nest of rebellion.”

Charlotte is known for all types of racing and is home to the Charlotte Motor Speedway and the NASCAR Hall of Fame and Museum, but the area’s main industry is banking. Multiple banks are headquartered in Uptown Charlotte, the city’s center. At the Charlotte Epicentre you’ll find numerous restaurants and entertainment options, including Bowlero, an upscale bowling alley. For great soul food, take short walk from any of the hotels in the city center to Mert’s. If you’re in town during football season you might be able to catch the Panthers at Bank of America Stadium.

Another area that’s popular for visitors to Charlotte is the South Park neighborhood. In South Park, we recommend the DoubleTree hotel, and locals rave about Café Monte and Pink Cactus (which carries 41 different tequilas!). During the summer, the Charlotte Symphony Orchestra performs in South Park.

Legal Media Experts has provided professional court reporting and legal videography services in Charlotte for more than a decade. To schedule your next deposition with us, use our online tool at legalmediaexperts.com.