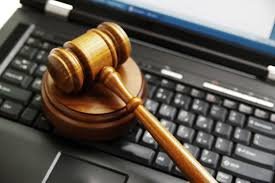 A Texas man under indictment for tax fraud and evasion claims that attorneys from the United States Department of Justice tampered with a deposition transcript by "pressuring" the court reporter to make undisclosed changes to it, and sought to have his case dismissed because of it.

After reviewing numerous court filings by both sides related to the Motion to Dismiss, it seems likely that a comedy of errors and a rocky relationship between prosecutors and defense counsel, combined with some not-best-practices, precipitated the confusion.

Jack Pursley, an attorney from Houston, is accused of evading taxes by allegedly repatriating more than $18 million in untaxed earnings from the Isle of Man. DOJ attorneys took the video deposition of a witness living on the Isle of Man in early May, 2019. Since there was a hearing scheduled shortly after the date of the deposition, defense counsel ordered a rough draft of the transcript overnight to reference while drafting their hearing arguments and briefs. Defense counsel then ordered an expedited final transcript.

A few weeks after the hearing, while doing trial preparation, counsel exchanged deposition excerpts each intended to introduce at trial. It was during this process that the defense attorney noticed a discrepancy between the line and page numbers in his transcript and the government's transcript. After numerous phone calls and emails between counsel regarding these discrepancies it was revealed that one of the government's attorneys had requested that the court reporter make changes to the final transcript, which were incorporated without defense counsel's knowledge. Government attorneys told defense counsel that the court reporting firm reached out to them to see if they had any changes and they were simply replying.

Defense counsel then filed a Motion to Dismiss the charges against his client or to sanction Department of Justice attorneys because of their "gross misconduct," even alleging they may have committed criminal acts. Here's the timeline of what happened, according to the Motion.

•    April 30 & May 1 - Defendant's deposition was taken.
•    May 2 - Expedited rough draft received by both parties.
•    May 6 - Expedited final transcript scheduled to be delivered to all counsel and the judge on the Isle of Man by court reporter.
•    May 31 - Defense counsel notices page/line number discrepancies in deposition excerpts exchanged between counsel.

So, when and how did the alleged tampering occur? Government attorneys provided defense counsel copies of the email exchanges between one of the government attorneys and the court reporting firm that provided some answers and created more questions.

On the morning of May 6 the court reporter emailed GA to ask if the hearing officer's copy of the transcript and video were to be sent to the DOJ or to the hearing officer directly. GA responded with that information but also asked for the opportunity to review the final transcript before it was sent to everyone else, because she "noticed a few typos in the rough draft" that was sent. The court reporter then sent the final transcript to GA around noon that day.

On the morning of May 8the court reporting firm informed GA that the formatting requests would not be accommodated and that the court reporter would review the video and audio recordings and make any changes to the transcript she felt were necessary. That afternoon, according to the government's response to the motion, the court reporting firm emailed all counsel a revised deposition transcript. Defense counsel stated in a clarification to their original motion that they didn't receive that email and that a subsequent review of their spam folder showed it had been sent there on May 8.

After hearing from both sides, the trial judge denied the Motion to Dismiss and refused to sanction government attorneys. The episode contains multiple lessons for court reporting firms on how to help avoid such situations in the future and raises other ethical questions, which will be covered in Part 2.

You can rest assured that Legal Media Experts takes our responsibility to the record very seriously.  We are members of NCRA, AAERT, and NVRA.

To schedule a court reporter, videographer, or videoconferencing, you can use our online scheduler.  If you prefer to speak with one of our scheduling agents, please call us at:  800-446-1387.