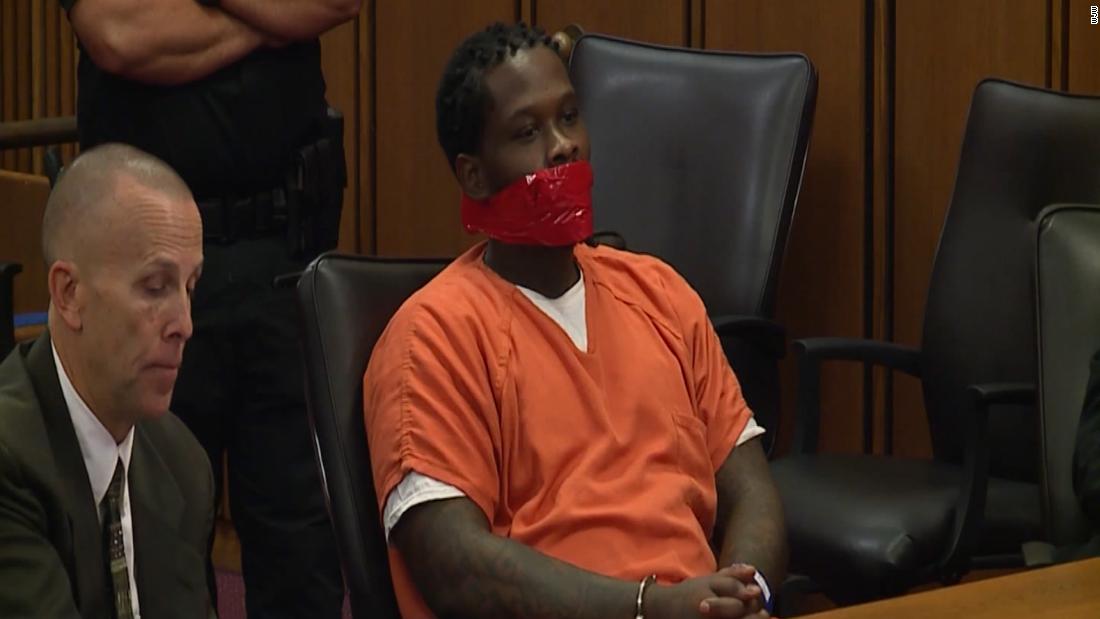 When a defendant in a criminal case failed to follow the judge's admonition to be quiet until it was his time to speak so that the court reporter could get all of his words down, the judge took dramatic action - he had deputies put duct tape over the man's mouth.

Franklyn Williams, 32, of Cleveland, Ohio, was being sentenced after a jury had found him guilty of three armed robberies when the incident occurred. Williams had some complaints about his attorney that he wanted to share with Judge John Russo. Standard courtroom practice during such a motion is for the judge to hear from both attorneys, and then ask the Defendant if he has anything to add. But Williams didn't want to wait, and kept talking over the attorneys and even over the judge.

After Williams repeatedly ignored "at least a dozen" admonitions over a 30-minute time span, the judge ordered deputies to put duct tape over his mouth. Even then, he kept speaking. It took six deputies to get the tape applied before the sentencing proceedings could continue.

“Everybody has the right to go on the record with my court reporter. But we can’t do it at the same time or yelling over each other. My intent was never to silence Mr. Williams. I gave him an opportunity to speak at the appropriate time. More than not, he continued to speak over me and others in the courtroom.”

Court reporters are a critical part of all trials, but especially in serious criminal cases where the defendant is facing years in prison. The only way appeals courts can determine whether a defendant had a fair trial is by reviewing the official court transcript, and one of the duties of a trial judge is to ensure that the court reporter is able to capture the record. Judges frequently ask attorneys to slow down, or speak up, or stop mumbling - and court reporters often interrupt proceedings with similar requests. As Judge Russo said, "It’s something we try to advocate in any courtroom, any hearing, that it is not chaos and there’s transparency, justice, and an equality of everyone getting a chance to speak their mind."

The judge also told reporters that it was legal to gag a defendant, because he was in contempt of court. Indeed, as a Miami Herald writer pointed out, the Supreme Court has ruled that judges can gag disorderly defendants:

In the 1970 case Illinois v. Allen, the justices unanimously decided that defendants do not have an absolute right to even be present at their trial, let alone speak at it.

The court found that trial judges could “bind and gag him as a last resort, thereby keeping him present; (2) cite him for criminal or civil contempt; or (3) remove him from the courtroom, while the trial continues, until he promises to conduct himself properly,” if a defendant was being disorderly.

Williams had previously pled guilty to the robbery charge at issue, but that conviction was set aside when an appeals court found he hadn't been properly informed about when he'd be eligible for release. The new trial began in late 2017, but part of it was held without Williams present after he cut off an ankle bracelet he had been ordered to wear and fled to Nebraska. The jury convicted him in absentia, and after he was apprehended he was brought before Judge Russo for sentencing.