Do you need to take a deposition in New Bern? 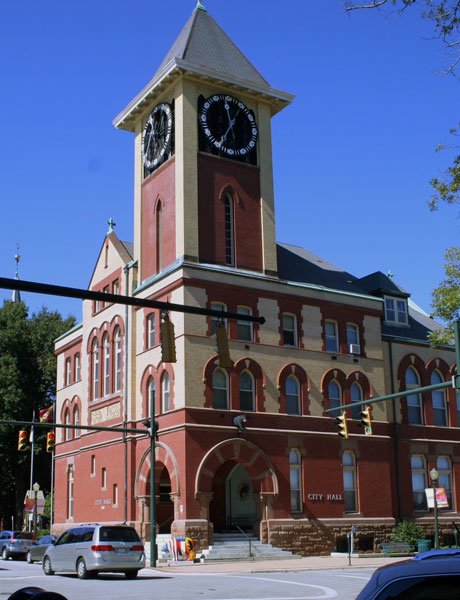 Most people think of New Bern as the gateway to the Crystal Coast or as the city next to MCAS Cherry Point. The second-oldest city in North Carolina, once known as the "Athens of the South," is so much more than that. If you'll be taking depositions in New Bern and are interested in history and architecture, you might want to consider adding an extra day to your trip so you can take in everything New Bern has to offer.

The city was founded by Swiss and German settlers in 1710 where the Trent and Neuse Rivers meet, served as the Colonial capital of the state and was the first capital of the State of North Carolina. Colonial Governor William Tryon's palace still stands in downtown New Bern and is a must-see. New Bern contains four historic districts with homes, stores, and churches dating as far back as the early 18th century. In fact, there are 36 individual listings and more than 150 sites (representing a variety of architectural periods) included in the National Register of Historic Places.
Because of its location, New Bern became a thriving trade center in both the Colonial and the Federal period. After the Civil War, lumber was the largest industry in the area. Today only one lumber company remains and the Department of Defense (through neighboring MCAS Cherry Point) is the largest employer.

If you have time to relax before or after your deposition, enjoy a scenic stroll along New Bern's popular Riverwalk. In addition to the gorgeous view, the Riverwalk offers kayak, canoe, and paddleboard rentals and a small beach area to launch from, and four gazebos. Nearby Morgan's Tavern & Grill and MJ's Raw Bar & Grille are recommended for tasty local cuisine.

There are a number of B&B's in the historic downtown area. We especially like The Aerie and Benjamin Ellis House. If you prefer a more modern hotel, we recommend Comfort Suites and the Courtyard by Marriott.

Legal Media Experts has deposition suites and professional court reporters and videographers available in New Bern, and we would be honored to handle all of your deposition needs in Eastern North Carolina. Book your deposition today using our online scheduling form or call the office at 800-446-1387.