Safety as a Court Reporter 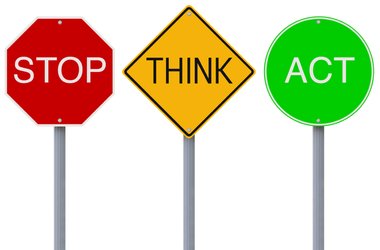 Out of all of the professions related to the legal field, court reporting has a low rate of workplace violence. Due to the nature of the proceedings - divorce cases, domestic violence, serious criminal charges, and potentially life-altering civil judgments - tempers can flare and violence breaks out from time to time in both courtrooms and deposition suites.

According to Click Orlando:
King pushed aside his own lawyer and made his way to the victim, yelling: “What are you going to do now you fat little [expletive]?"

“I think you already have,” the lawyer said. King stopped attacking the lawyer at that point.  Police said when they arrived the victim was in a blood-soaked chair, attempting to applying pressure to his wounds, while King, who was also stabbed, was in the parking lot.

Police charged King with aggravated battery with a deadly weapon, false imprisonment, and tampering with a victim, according to a press release from the Winter Park Police Department.

The lawyer had a collapsed left lung, a punctured diaphragm and a cut to his hand.
King's attorneys and the court reporter were able to flee the room and were unharmed. The court reporter, who had been trained to leave the backup audio recorder running in such a situation, captured audio of the altercation, which will surely help prosecutors.

Although cases in which weapons are used against attorneys, court reporters, and judges are rare, there are a few steps court reporters can and should take to protect themselves against possible violence between the parties or attorneys.

•    Pay attention to the type of case you are reporting. Domestic violence and family law cases have the highest potential for physical conflict.
•    If possible, seat yourself where you can quickly exit the conference room and make sure there are no cords or other obstacles in your way.
•    Keep any sharp objects like scissors or letter-openers off of the table.
•    If possible, seat yourself where you are not in arm's reach of any deposition participant.
•    If you are working in a courtroom, ask the bailiffs and the judge what the procedure is if a criminal defendant gains access to a weapon or another type of altercation occurs.
•    Keep your phone (after making sure it won't ring or vibrate) where you can grab it in an instant if necessary and call 911.
•    If participants become physical with each other, don’t hesitate to flee the room. Your backup audio recorder will capture what happens.

As with most personal safety situations, by being aware of your environment and having a plan will give you the confidence and ability to keep calm and quickly escape dangerous situations.