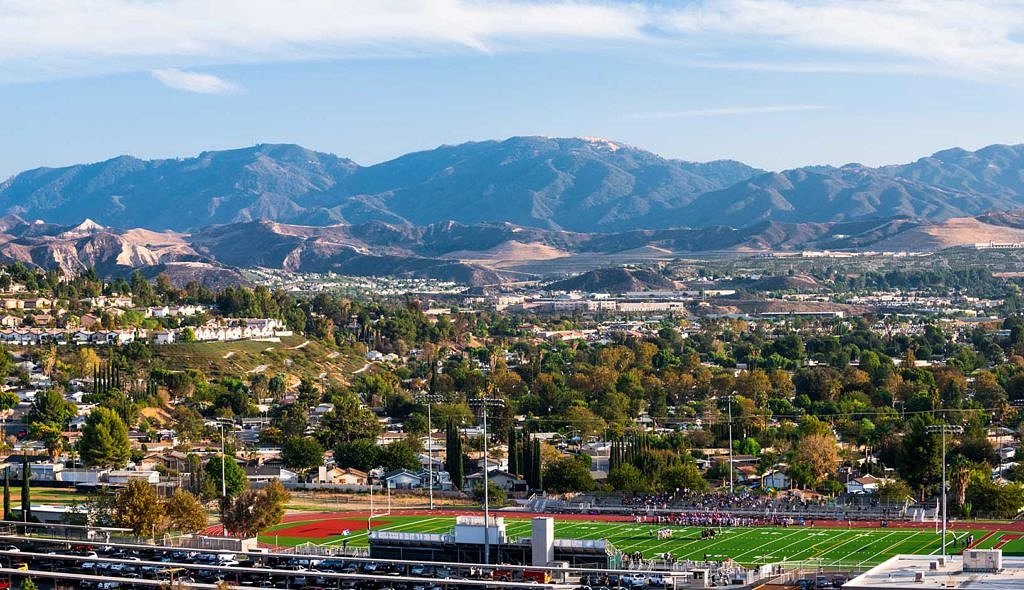 Santa Clarita, also known as “awesometown” was founded in 1987 when the unincorporated communities of Valencia, Newhall, Canyon Country, and Saugus banded together. The area was first settled by Spanish colonists in the 1700’s, and was the site of the first documented discovery of gold in California, at Placerita Canyon. People still pan for gold there today.

The Santa Clarita Valley served as Hollywood’s first “back lot,” and stars like Gene Autry, John Wayne, and Roy Rogers filmed hundreds of westerns at Melody Ranch, founded in 1915. Recently, the Deadwood Movie was filmed at the ranch. Santa Clarita today is a quintessential suburban town. It was used as the setting for the TV show “Weeds,” and, obviously, Netflix’s “Santa Clarita Diet.”

Walt Disney founded a four-year university in Santa Clarita, California Institute of the Arts. Many of Disney’s animators and Imagineers are CalArts grads, as is legendary actor and director Tim Burton.

For Santa Clarita lodging, we recommend the Embassy Suites or the Hyatt Regency. You can enjoy a fabulous meal at the Newhall Refinery or the Old Town Junction restaurant, both of which are located in Old Town Newhall. If you need to blow off a little stress after your deposition, you can hike at the unique and legendary Vazquez Rocks park or stop by Six Flags Magic Mountain, home of some of the world’s fastest roller coasters.