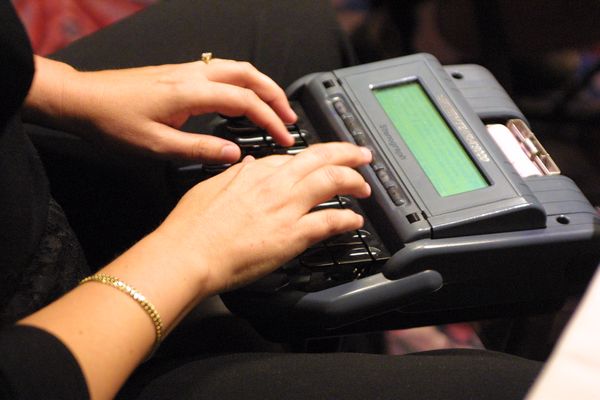 Sometimes attorneys, especially those who haven't taken many depositions, get irritated when the court reporter interrupts.

A professional court reporter will interrupt an attorney or a witness for multiple reasons, all of which are aimed at one thing - ensuring that a clear, verbatim record is obtained. Here are a few of the reasons:

1. Speaking too softly. If the court reporter can't hear it, they can't take it down.

2. Mumbling. It's easy for a witness or an attorney to start talking on auto-pilot and run their words together. Even if the subject matter is old hat to the attorneys and witness, it might not be old hat to the reporter, who needs to hear the terminology clearly.

3. Speaking over each other.  Though most court reporters seem to be miracle workers, there's no way they can take down a verbatim record when two or more people are speaking at the same time.

4. Speaking at the speed of light. To pass certification tests, court reporters must be able to accurately take down testimony at rapid speeds - over 225 words per minute. Occasionally attorneys or witnesses speak at an even faster pace. When they do, the reporter will interrupt and ask for everyone to slow down just a bit.